The area around Sant Carles, is known for its abundance of almond, fig and carob trees and by the beautiful traditional houses, which can be seen in all parts payesas Casas. Though small, it has a cozy bars and restaurants (such as ca n'Aneta, where you can Eivissa traditional brandy is made from herbs taste). The heart of the city is the whitewashed church dating from 1785, which has a rectangular shape and a eigenartiken Bell, who has moved to the left. Also, you can find there and admire a small garden with a traditional well and the remains of a Roman Olmuhle.

Since the 1950s, when many intellectuals Sant Carles chose as his place of residence, there is an intense cultural activity. In summer, every Saturday, and partly in the Nebensaisoin, locals and visitors can visit the small market "Las Dalias" on the outskirts of town and enjoy. This market is by far one of the most traditional and popular places in the area of ​​Sant Carles. There are all sorts of discovering and buying: traditional clothing, white shirts, Everyday, Kunsthandwer Kit, worldwide or Jende were still influenced by the hippie movement.

Not only is the market makes the town so attractive, but also the many beautiful beaches nearby, which include, inter alia: Cala Llenya, Cala Mastella and Cala Nova.

Interested in buying a home? Your real estate team in Ibiza happy to help! 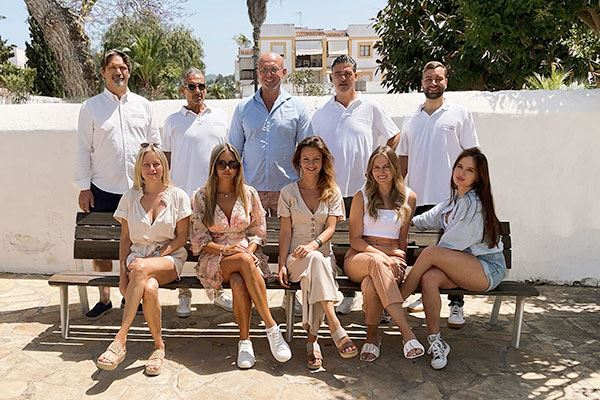